Every year, Microsoft awards some of their Student Partners for their outstanding dedication to the program. This year the event took place at the Microsoft Community Days, where MVPs and MSPs from all over Germany come together, holding talks and networking.

My favorite talk was about my favorite text editor VS Code: A VS Code team lead talked about the hard decision to opensource VS Code, which turned out to be the best thing they could do. It developed to such a nice mixture of an IDE and a text editor with thousands of useful extensions.

After the talks, four awards were announced by Kay Giza, the MSP manager of the DACH region. Not knowing that they even existed I got nominated for the ‚Student Partner of the year‘ and ‚Newcomer of the year‘ award but won eventually the ‚Special Achievement of the year‘ award. The trophy and certificate fit perfectly into my room and the Bose QuietComfort headphones are formidable as well! Thank you so much, Tobias and Lukas, for nominating me! 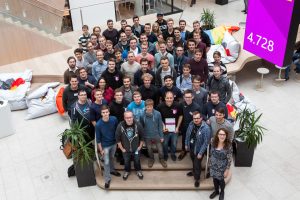 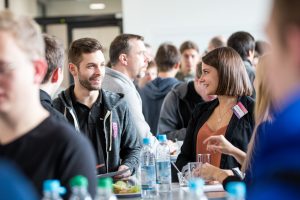 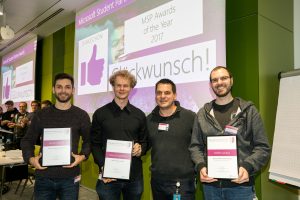